Heaven or Hell – Thats withun Us

A woman died and was on they way with “Death”. She reached the gate where heaven and hell was separated. Since she was a very good woman she was granted one wish: “Before I’m sent to anywhere let me visit both hell and heaven.”

Her wish was granted.

She was whisked off to a great banqueting hall. The tables were piled high with delicious food and drink. Around the tables sat miserable, starving people as wretched as could be.
“Why are they like this?” she asked the angel who accompanied her.
“Look at their arms,” the angel replied.
She looked and saw that attached to the people’s arms were long chopsticks secured above the elbow. Unable to bend their elbows, the people aimed the chopsticks at the food, missed every time and sat hungry, frustrated and miserable. “Indeed this is hell! Take me away from here!”

She was then whisked off to heaven. Again she found herself in a great banqueting hall with tables piled high. Around the tables sat people laughing, contented, joyful.
“No chopsticks I suppose,” she said.
“Oh yes there are. Look – just as in hell they are long and attached above the elbow.
But look… here people have learnt to feed one another”. 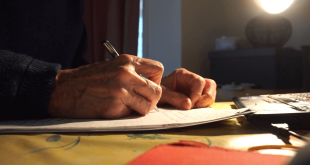 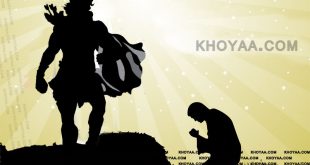 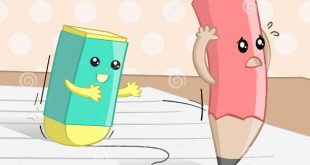